I always knew he had the most giving and kind soul, and even though he went through so many difficult times, his greatest gift or joy was helping others. It was not easy for him to live with a disease for 14 years, especially one that reminded him almost every 4 months that a surgery or treatment was required.

He was born in Boston in 1996 and his first tumor was found when he was only 9 years old. He was diagnosed with Lipoblastoma, a benign fatty tumor disease. We still don’t know the origins of the disease but we assume that he was born with it. Little by little the tumor started growing, until suddenly, when he was 9 years old, he felt sick and we did an x-ray on him. We were all surprised to discover a large mass covering most of his left lung.

Emmanuel had his first surgery at the Memorial Sloan Kettering Cancer Center where he was diagnosed with a Lipoblastoma. We were told to do a 6-month check up to make sure there was no tumor recurrence. We did the follow-up and everything seemed positive- which we were grateful for. Soon after we moved to Germany and decided to make a year check up. To our surprise we found a new tumor, this time on his right lung and this is when we were told that he had developed Lipoblastomatosis, recurrent tumors. 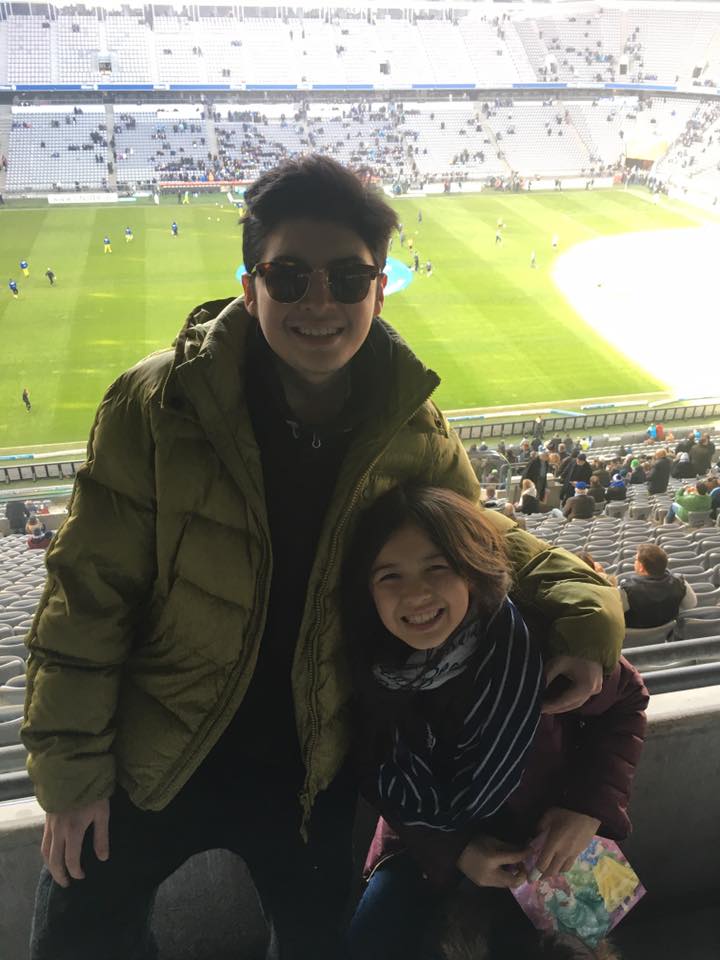 No one knew at that time the amount of tumors he would have to endure, in fact they expected it was going to end soon, but suddenly we were facing a new tumor extraction operation every 4 months. They were developing on different areas of his lungs (in between his lung and lung cavity). I must admit that the first couple of years I was keeping a count of the number of tumors he had, but I believe when it reached 20, I stopped counting.

When he was a teenager Emmanuel decided to keep his situation quiet and only very few knew the severity of his disease. At school we spoke to the teachers to keep this private, since there were times he needed to miss classes for long periods of time while he was undergoing surgery or treatment.

He usually told his friends he needed to fly to Peru for personal reasons, because he didn’t want to be treated differently and especially didn’t want his friends to feel pity for him. Many times I thought it was a mistake to keep his illness a secret, I thought he would feel better opening up to a friend or loved one, but I always respected his wish and today I feel that he made the best choice.

The first couple of years he underwent multiple operations and treatments, around 3 times a year and his recuperation after a major thorax operation, for example, was unbelievable, he would stay around 5 to 7 days in the hospital and then return back to his normal life.

He learned to read his body so well, that he really didn’t need an MRT to confirm when a new tumor appeared. His neurosurgeon knew that as well, and whenever he received an email from him, he simply organized an emergency MRT to confirm the location of the tumor and program an immediate operation. When he turned 18, the tumors started to appear in his spine.

We had been able to control the tumors that appeared in the lungs and left eye through operations and radio- therapy treatments, but when they started to appear in the spine, the severity of his illness grew exponentially.

He had a total of 13 tumors in his spine and underwent 12 neurological operations, as well as a tomotherapy treatment around the spine that was able to give him a 10 month tumor free break. It still amazes us to think how his body worked, in the last years sometimes he would arrive to the hospital almost in full paralysis and after 5 days of operation he returned back home walking. 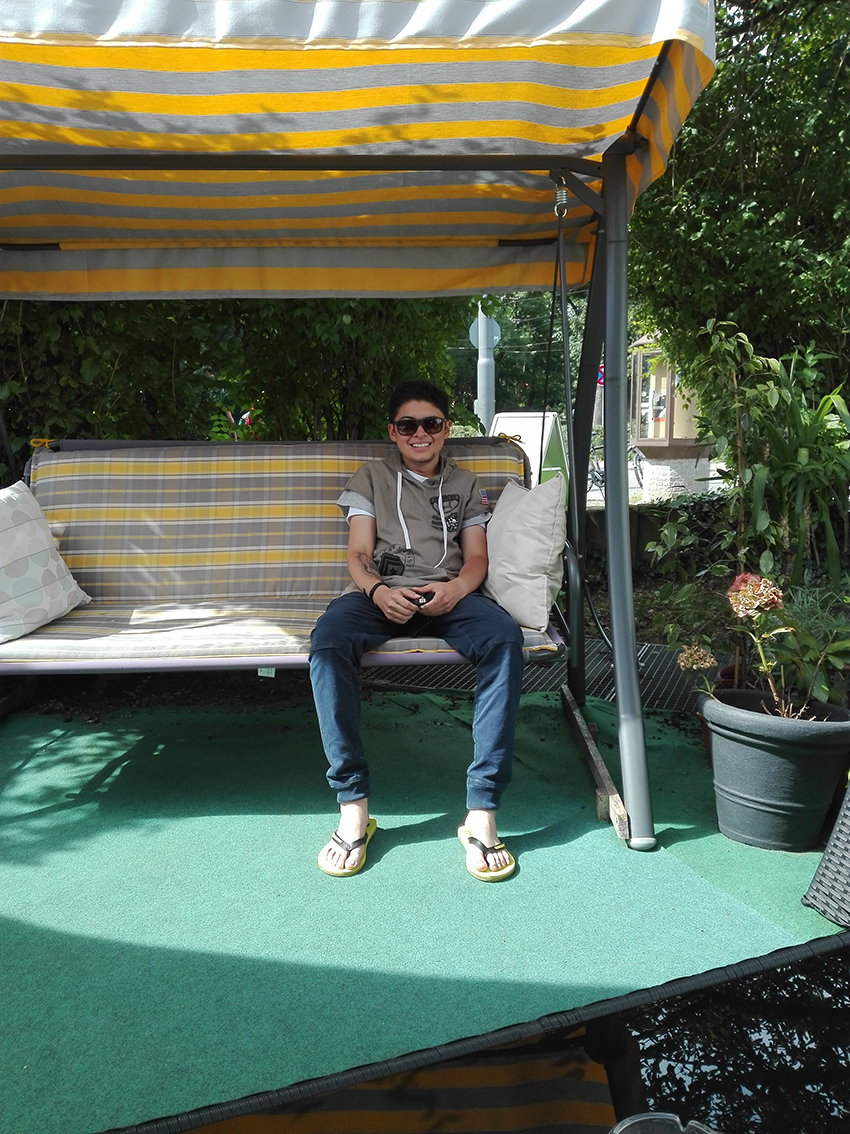 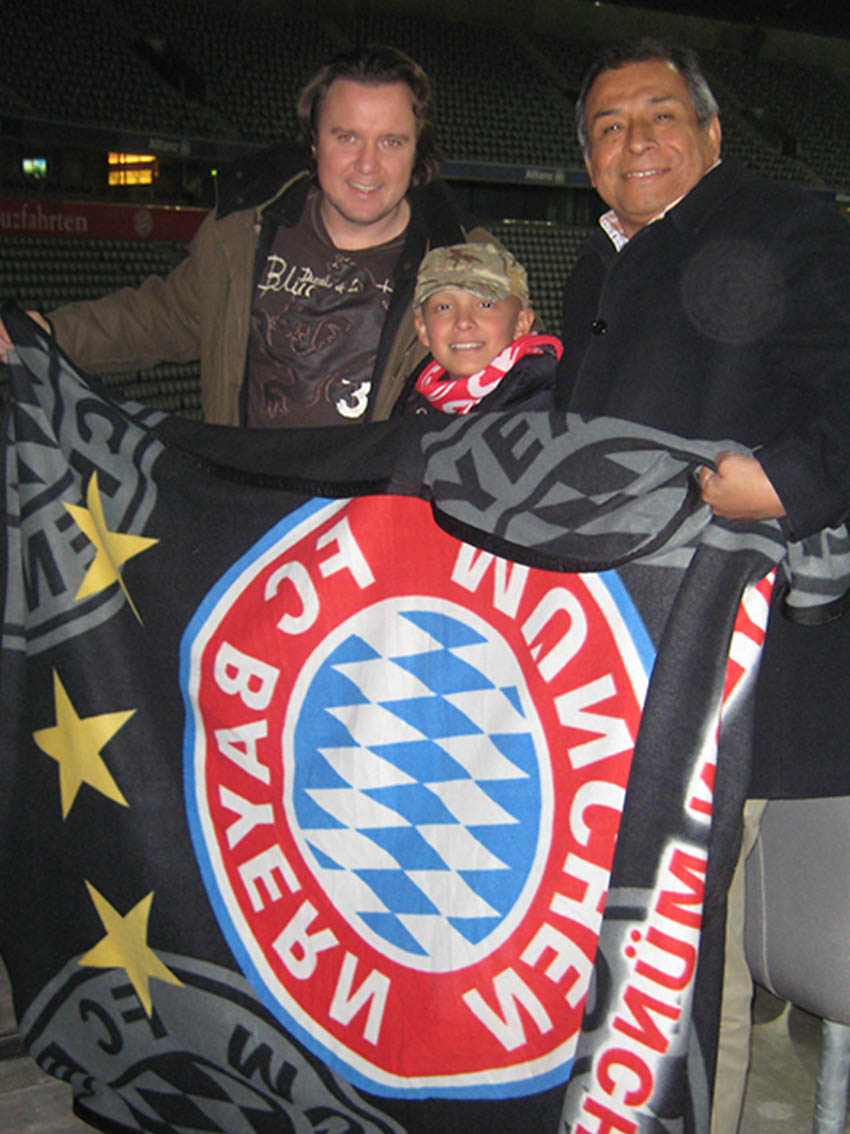 You must imagine that the months when he was able to live as any normal person, he lived life at its fullest. So it didn’t make sense for him to bring his disease to light, he simply wanted to feel normal. It was not easy at all, he always wished and prayed for a miracle. As any young adult, Emmanuel had many dreams and after he finished school, he always wished to study in the U.S. but he was waiting until he felt he had control of the disease.

Still, that did not stop him from traveling to the two cities he loved the most, Lima and Miami. These were his spots, where he found his joy and had many friends and family to enjoy time with. We made every possible effort for him to be where he wanted when he felt fit, and this was usually Lima, Perú or Miami, USA.

Since he was little his dream was to be a UFC Fighter, and even though he didn’t have the opportunity to practice he never missed watching his favorite fighter’s matches.

He also had a true passion for soccer, and of course Bayern Munich was his favorite team. Another one of his hobbies was the gaming world, he was known as Sugafly on X-Box and I must admit, I did not understand too well this world but later I learned that he found great friends that considered him his best friend. Emmanuel loved all his friends and he would do anything for them.

Throughout fourteen years Emmanuel underwent chemotherapies, cyberknife interventions, radiotherapies, tomotherapy, proton therapy and numerous experimental medications. This continued until he was 23 years old, and after years of treatment on December 2018 his diagnosis changed into an aggressive Osteosarcoma which appeared in his spine. On March 11, 2019 he passed away.

He was truly a kind and genuine person. His love for children was innate, but his biggest passion and dedication was being a caring and loving older brother. It was crystal clear that his biggest love was focused on his siblings. Besides his strength, our son’s most amazing quality was his kindness, and because of this we decided, as a family, to open this foundation in his memory. 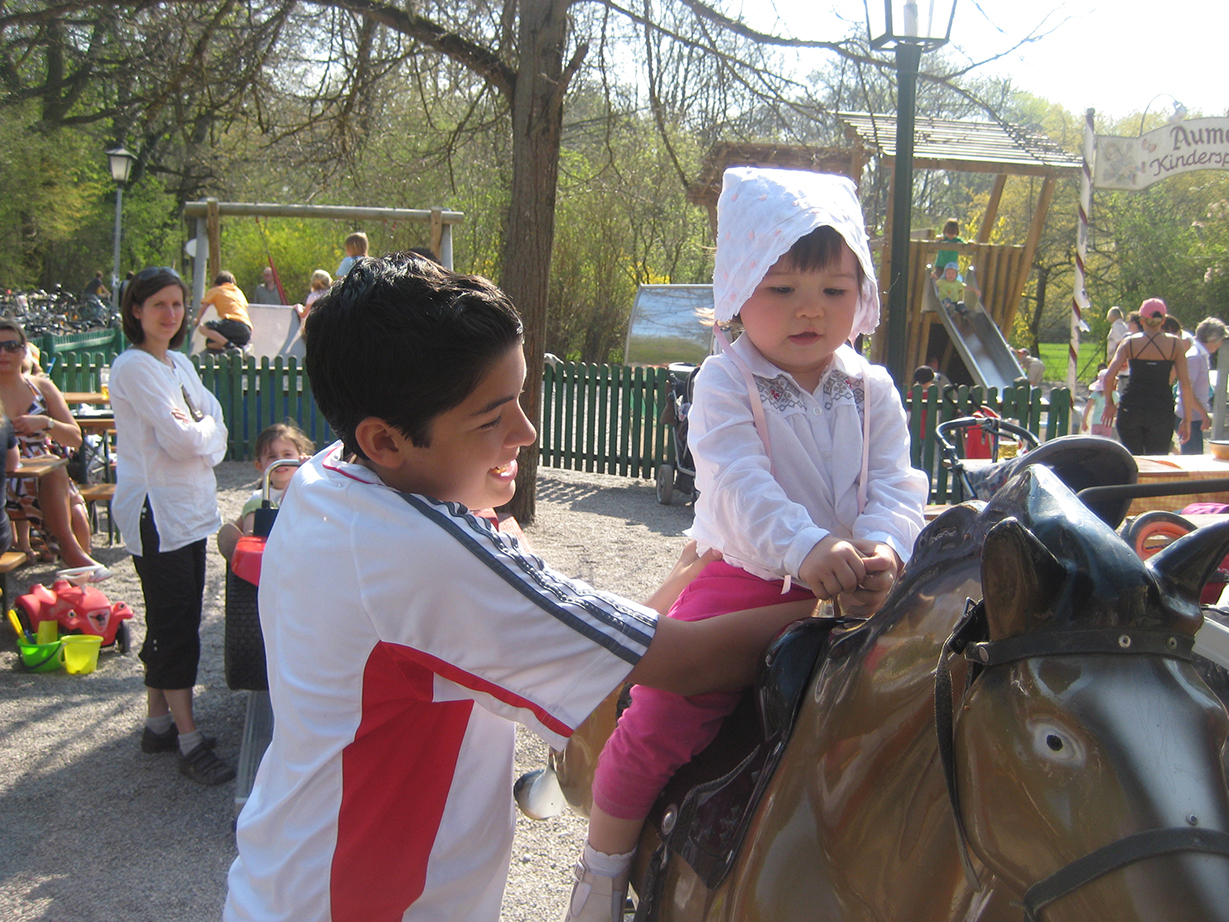